As a b-day present, Becca took me to see Massive Attack at the Hollyood Bowl. People watching was more interesting than usual at the show. NIN shirt over there, Iggy Pop over there, giant rasta-colored dreadlocks hither, British emo boy yon.

TV on the Radio was better. It was interesting to note that their song was 75% more likely to be good if the horn section was on-stage. I'm intrigued by the note on their wikipedia page: "[Founder] Sitek is in the process of ... working with Dragons of Zynth and UK group Massive Attack on a collaboration for Massive Attack's upcoming new Gothic/soul album."

Still, I was starting to look more and more frequently at my entirely-imaginary watch as their set continued. I was thinking to myself: "Damn, my butt and my patience are starting to give way." Then TVotR announced "one more song" and ten seconds later it was "uh, goodbye Los Angeles." It could only have been more embarrassing if a long crook had come out from the edge of the stage and pulled them off.

And then it was Massive Attack. My butt and patience were restored. It was a cool show. Great sound, great (if occasionally intimidating) lightshow and a good mix of stuff. Massive Attack really have the ole Jimmy Page 'light and shade' thing down. Horace Andy was there and some subset of the people who allegedly make up Massive Attack. They had two full drumkits on stage and one drummer was a fucking metronome on speed. He was doing shit live that you would assume was programmed and looped. Their antiwar infographics were a bit of a buzzkill (gee, thanks for telling me how many Iraqi children are malnourished due to the actions of my government) but I won't begrudge them a little Bush-bashing. They finished up with a great encore and then we slowly made our way home. Show started at 7 - we were home at midnight.

SEP 25 2006: The conduct of the Iraq war fueled Islamic fundamentalism across the globe and created more enemies for the United States, a retired U.S. Army general who served in the conflict said on Monday.

MAR 27 2003: This war will only push Muslims away from us, and toward angry and nasty groups such as Al Qaida. 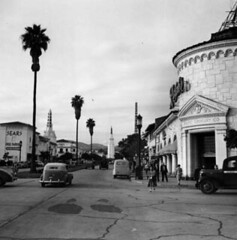