A few pics from the Los Angeles HPL Film Fest, mostly without people, apart from

kidzero2525. So mostly it's nice shots of the Warner Grand Theater, built in 1931.
Saw lots of good people, good films, in a neat venue, with more chit-chat and a couple beers at the after party at the pub. Thanks to

aaronjv and all the other unsung heroes of the fest (e.g.

hagdirt, natch).
The Call of Cthulhu looks great on the big screen, and so do I in the trailer for The Whisperer in Darkness. Also exciting to see a scene from Whisperer that the HPLHS guys were nice enough to share with us. 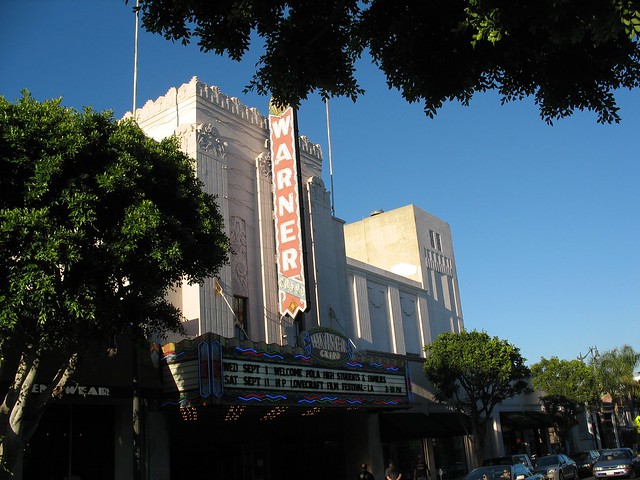