Taft was a Unitarian.

Then, as now, Unitarianism was equated with atheism by many of the devout, and in a head to head between a progressive Unitarian and freaking William Jennings Bryan, I think the Christian Conservative voter of today would have an easy time choosing. According to Wiki, "Before becoming president, Taft was offered the presidency of Yale University, at that time affiliated with the Congregationalist Church; Taft turned the post down, saying, 'I do not believe in the divinity of Christ.'" Nevertheless, and no doubt with the help of Teddy's coattails, Taft easily won.

Taft was also later president of the Conference of Unitarian and other Liberal Christian Churches, and delivered an interesting address. I guess I usually think of the deist and Unitarian presidents being at the time of the founding fathers and the first generation or so thereafter, but there was one in the 20th century.

Dr. Pookie and I took a nice weekday trip to Catalina.

Near the ferry landing at San Pedro (in the shadow of the Vincent Thomas Bridge) is SS Lane Victory.

On the way over, a pod of dolphins leaped about in our wake: 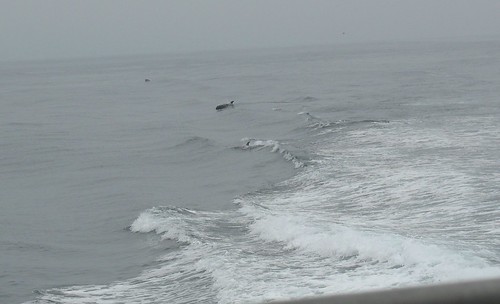 We also spotted some whale spouts, but they were very distant.

It sure seems to me that June Gloom is extending further and further into the summer, and certainly the channel was as gloomy as could be. Our first sight of Catalina looked like it was fogbound, but as we approached, the last fingers of cloud melted away: 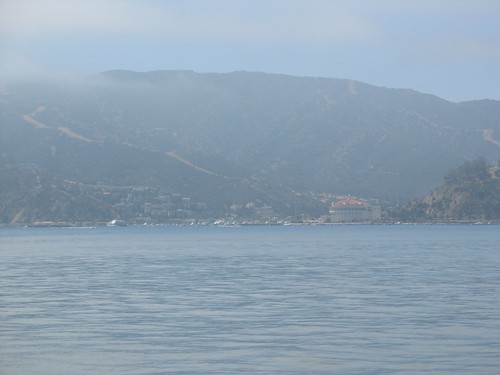 As noted before, I've been car-shopping.

I did test out the V6 Altima, and it (like the V6 Accord) also seemed lackluster. I think I'm a bit spoiled by my rather pedestrian Sentra, because I understand the gear ratio is tweaked so it's pretty good from a standing start (and I do have the upgraded engine). The Altima also has a truly laughable trunk. Seriously, I'm going to a 2-door because I don't care about passengers 3 or 4. Why are you sacrificing my trunkspace for these losers? Otherwise, the Altima was smooth, comfortable, familiar... dull. But still my favorite of the cars I've tried so far.

I tried the V6 Hyundai Genesis coupe today. Definitely the most fun to ride (apart from the ill-fitting Miata). Slightly too profligate with gas for my taste, slightly too expensive for my pocketbook, but I think I will overlook these defects.

I'm resisting the urge to buy it and drive it for the almost first time in Aaron's road rally, for that would be hubris, and the gods would surely punish it.
Collapse