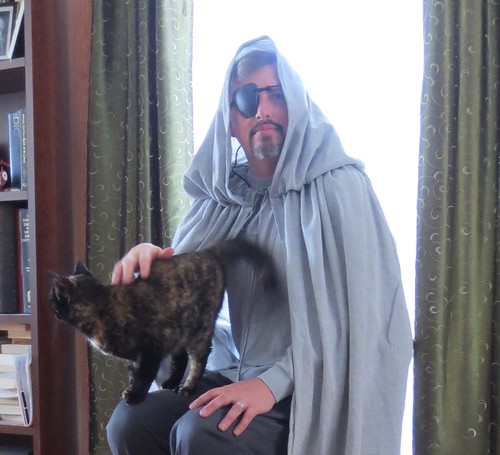 Click through for photos from "Death in Valhalla," the LARP I ran at Tri Wyrd.

dark_of_night, who not only tolerated my absences this weekend, but let me steal her laptop and other stuff for the game.
I showed up with an hour and change before Death in Valhalla was scheduled. I strolled by the room, and the panel was still going on, so I headed to the bar for a beer and an 'appetizer' of sliders, which turned out to be a plate of cheeseburgers AND a plate of french fries. I ate what I could, but pre-game butterflies take up a lot of room. I fortuitously bumped into

ian_tiberius and Eric. Ian was already signed up, and we managed to convince Eric to have another drink so that he couldn't drive, and then would have to play in my game. While at the bar, we managed to recruit another couple into the game as well. Second thanks go to I&E for playing, but also helping with transporting matter from my car to the room and helping to arrange the room for play.
( Collapse )
Collapse