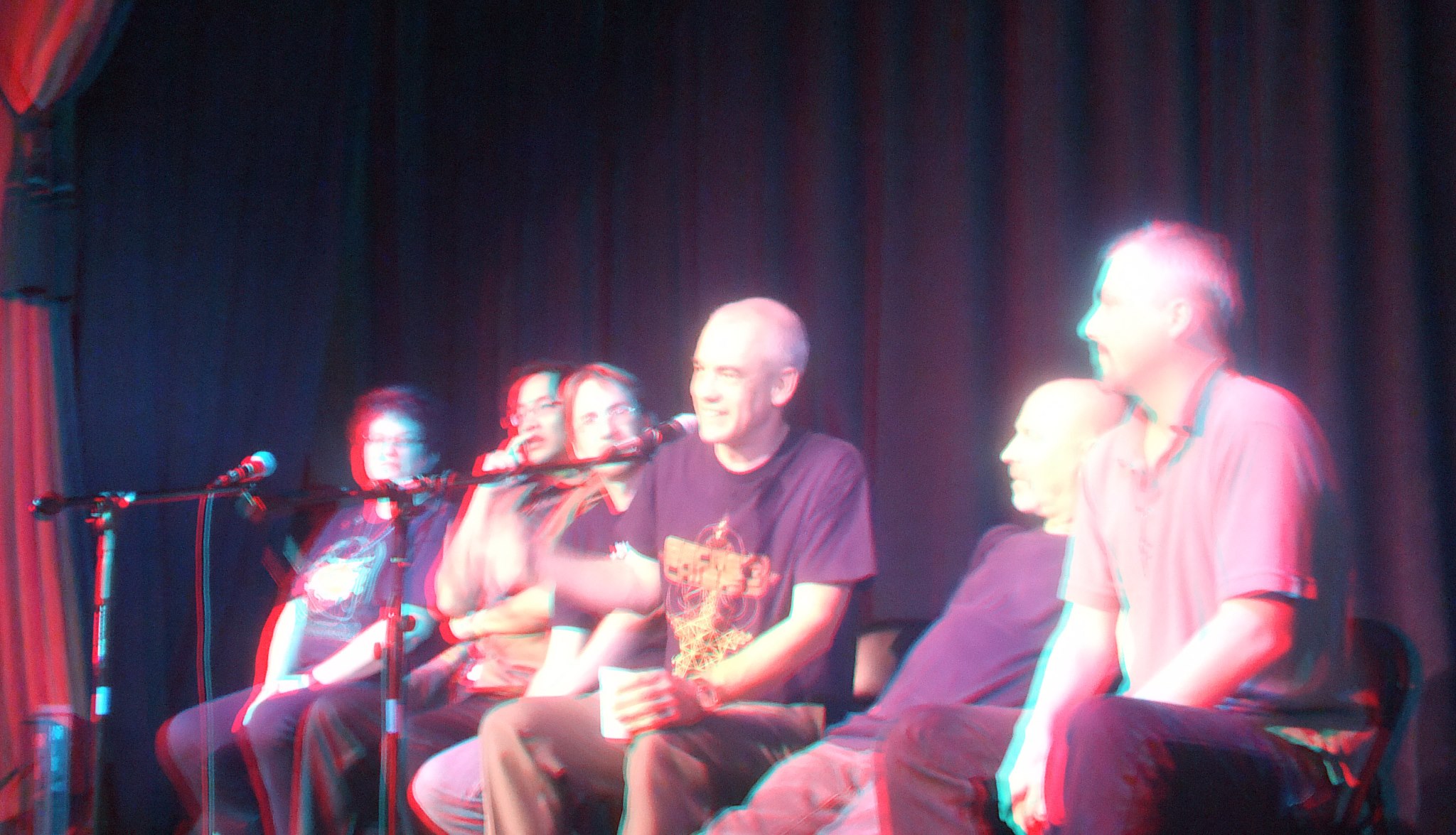 Zipped down, parked, and then walked under the blazing sun to the brunch. Enjoyed the effort that went into the benediction. I shot some video of our High Priest doing his own riff on "Imagine", but it didn't turn out so hot, alas. Hello, the Future occurred. Next were the author readings. I drew the short straw and went first. I think it went reasonably well, but nerves are an issue. My idea of performance is to peck away at a keyboard in the safety of my own home, with no one around. But I got a couple nice comments about the reading, so I'll say it went well enough. Denise Dumars and Bryan Thao Worra are much better at working a crowd. I think my favorite reading was Denise's poem "EVP".

Then we had our panel, and the above were joined by Cody, Skipp and artist Mike Dubisch. We bandied 'cosmic horror' about, and I think it was really a high point of the brunch. At least for me. People who know their shit had some complementary and contradictory discourse about Lovecraft in the modern age. I said some things that charitable people would consider profound.

During the subsequent schmoozing, I got to make the acquaintance of about-to-be-honored Michael Reaves, who I have just now learned shares my birthday. I started off on the wrong foot, since I was unaware that he suffers from Parkinson's. Production of speech is difficult for him, but through the good graces of his daughter Mallory (whom I know tangentially via Wyrd Con, of all things) we had a good conversation. He was a bit miffed, I think, that we on the panel had not mentioned his script for The Real Ghostbusters. I fell back on the very true statement that it hadn't yet screened at the fest.
( Collapse )
Collapse