I'm a little way into Keith Jeffery's ploddingly densely well-researched Secret History of MI6, and there are quite a few interesting nuggets here and there. One is that physicist Thomas Merton became perhaps the first scientist in the secret service.

"Merton, having been rejected for active service on grounds of health, was commissioned in 1916 as a lieutenant in the Royal Naval Volunteer Reserve in the secret service, the first scientist to be so appointed. His success in identifying the secret ink carried by German spies in their clothing, and inventing a new means of secret writing, won a mention in dispatches."

The book also notes that, being personally wealthy, Merton served "without pay". The secret writing involved writing with a silver 'pen' on glass. The writing could then be 'developed' chemically to become visible. As for the discovery of the German secret ink, the agency managed to find a Belgian woman with a hatred of Germans, and convince her to screw her way into the confidences of a German spymaster. He ultimately used the woman to transport secret messages, via her underwear, into France. But she took her panties to Merton, and the spy ring was unmasked and destroyed. In related news, the service also discovered that semen was a good invisible ink, since it passed one of the common tests for invisible writing, though they "had to remove the discoverer from the office immediately as his colleagues were making life intolerable by accusations of masturbation." There were other problems: "'We thought', wrote Stagg, 'we had solved a great problem.' But 'our man in Copenhagen ... evidently stocked it in a bottle -- for his letters stank to high heaven, and we had to tell him that a fresh operation was necessary for each letter.'"

The other interesting story part of the history is the bureaucratic fight over control of the secret service. Founded in 1909 as a new separate agency, it had hardly got off the ground before WWI broke out. The War Office and the Admiralty immediately wanted to grab it back under their wings; somewhat ironic since part of the reason to have a separate secret service was to have a Chinese Wall of sorts between nasty spies (at this point, generally foreign nationals spilling info for money -- on the one hand not entirely trustworthy, and on the other, having a legitimate need for their own identities to remain secret) and the military chain of command. 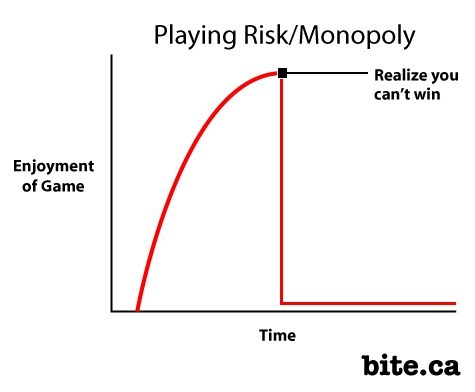 We assembled again to decide the fate of the world. I got to pop open the last sealed container, but Lady Luck left me and I wasn't able to close the deal.
( Collapse )

Picked it up cheap & used, just like the tramps at the Atomic Wrangler in Freeside.

For a relatively big title, there were a lot of glitches and such, which was disappointing, though I guess a different development team was involved (though it looked and handled pretty much just like Fallout 3). Guess I'm glad I didn't pay anywhere near full price. Especially when some of the glitches are things like Sometimes Dhatri is nowhere to be found and may be glitched out of the world. So much for that mission. The main plot isn't that complicated, but there are a number of different factions you have to negotiate, and forge alliances here and there, and sometimes it's not very clear; some tighter plotting or writing could have helped a lot.

But as usual, the fun is roaming around the wastes running into random little adventures and places here and there, totally unrelated to the main story. I actually played through twice, and it was interesting to see how different some stories can turn out, making different character choices. It's not quite role-playing, but the one thing Fallout does right is giving you lots of options 'dialogue choices' to navigate through, many of them particularized to your character, say if you have high Speech skill, or Barter or have chosen a perk like Femme Fatale. So game 1 I maxed out on Guns, Speech, and Lockpicking, while game 2 I went for Barter, Energy Weapons, and Unarmed Combat. And I picked totally different perks (little bonuses you get when you level up). Making so many different choices gave me some insight on and appreciation for the design work they put into the game.

I can hardly wait for Fallout 4 to come out and for 3 years to pass so I can get it for $9!
Collapse